Robotto, a Danish AI-startup, plans to launch its first product at the start of 2020. The goal is to limit and reduce the damage caused by wildfires. 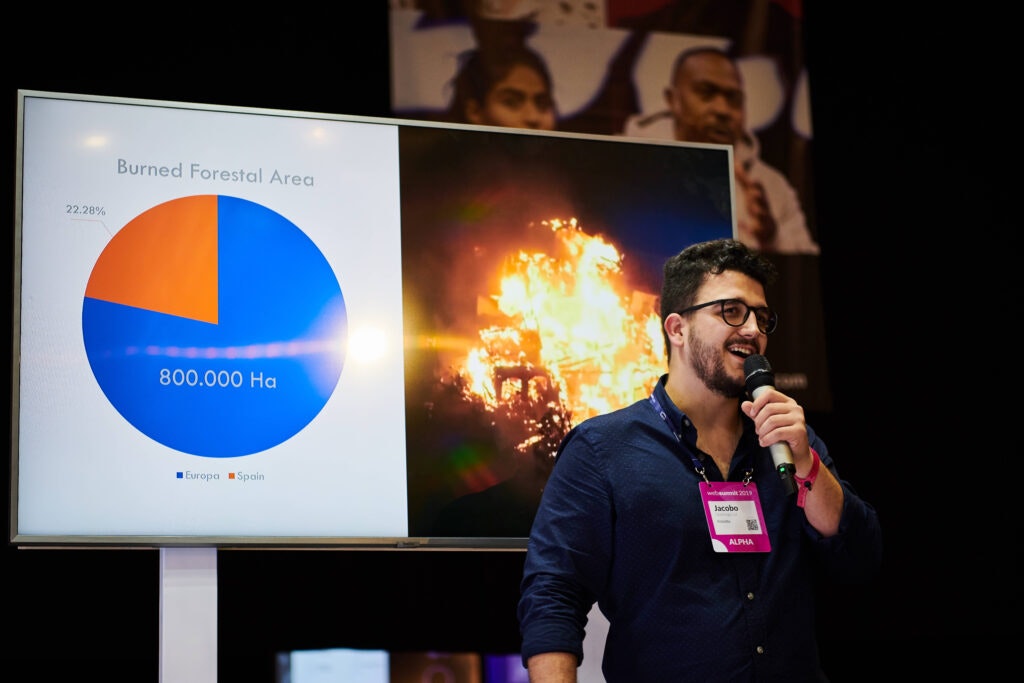 If we are to meet the UN Sustainable Development Goals, we will need innovative solutions. Tech that reimagines and disrupts the traditional approach to reducing the damage caused by climate change. One of the most threatening symptoms of climate change, affecting the woods of Sweden to residential areas in California and remote areas in Africa, is wildfire.

Ready to take off

As the Earth gets hotter wildfires are growing, harming animals, humans and land. Four students from Aalborg University’s Robotics program have developed a tech solution to fight wildfires more effectively.

The team developed an Autonomous Wildfire Recognition and Analytics Drone for their final bachelor’s project at the University. After having tested the drone with the Danish Emergency Management Agency, the team is now looking for one or more investors. They are aiming to raise 2.5 million Danish Kroner (€335,000) to launch their first firefighting product.

“We’ve all seen the news. Wildfires are tearing through the forest, week after week, thousands are being evacuated, leaving families with nothing but the ashes of their old life. We want to use our state-of-the-art technology to help firefighters around the world combat these wildfires and save what we can. We want to use our tech in the fight for biodiversity, while reducing the aftereffects of a wildfire emergency, such as the CO2 emissions, lung cancer and loss of lives,” says Kenneth Geipel, CEO & Co-Founder of Robotto.

From pizza drones to ClimateTech

The idea for the drone was born during a late night at the university. It started as an idea to develop a drone for delivering pizzas. The team, however, wanted their technology to have an impact, so they reached out to the Danish Emergency Management Agency for access to their data. The algorithms they developed hold a great deal more potential than making the lives of hungry late-night workers easier.

“Today, most firefighting drones are navigated manually, and afterwards there is no data to analyse to improve and prepare better for the future. We have built our database so it constantly grows with every use, implementing the new data. That is a unique selling point,” says Kenneth Geipel.

The technology is scalable. It can be developed and used for other areas such as finding people lost at sea, inspection of powerlines or applied in industrial robots. But for the moment, the team are getting ready for fire season:

“If we get funding ready we will be prepared to launch at the beginning of 2020,” says Kenneth Geipel.

The team consist of four founders, all from the same program at Aalborg University, but with diverse backgrounds as only one is from Denmark. It’s the team’s first startup, and they admit the business part of building a new company has been the hardest part of the journey so far. But they received useful help from both Aalborg University and AAU Incubator, and also from the CEO of Jyske Telemarketing, John Stellan, who is a board member of Robotto.

“Wildfire is a big problem in the world. Robotto’s software, in combination with drones, gives firefighters a better chance, and will save the world or minimize the damage from wildfires.”

Robotto is one of ten digital frontrunners who joined Digital Hub Denmark on the Danish tour and booth at Web Summit 2019. There Robotto had the chance to meet both potential investors and partners.