As Denmark’s most experienced Permanent Secretary of State, Michael Dithmer, for Industry, Business and Financial Affairs has contributed more than most to Denmark’s digitalisation 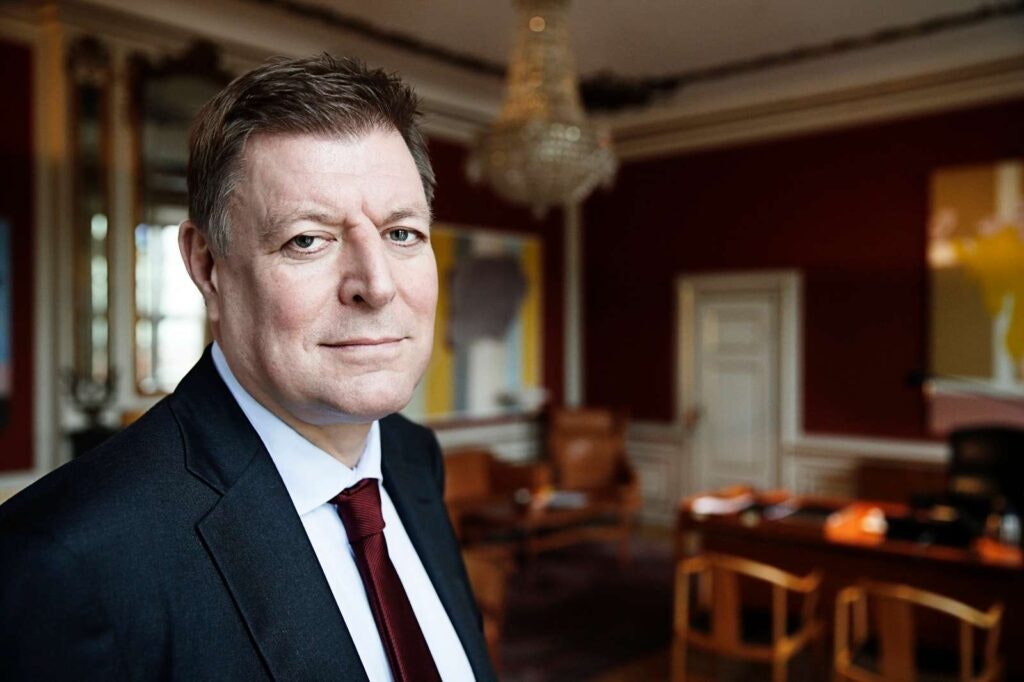 He sees accountability as the raw material that will drive the future of this transformation.

As Danes interact with more robots, automation and, artificial intelligence in the coming years, building trust between users and the technology is vital for Denmark to continue impressing the world with its enthusiastic digitalisation.

This message is on repeat by Michael Dithmer, Permanent Secretary of State at the Ministry of Industry, Business and Financial Affairs, when asked about the driving forces of the next phase in Denmark’s digital transformation.

Reflecting on this digitalisation, he notes that “ we have entered a new phase in the digital transformation. We have gone from a period where we have been very digitally enthusiastic, and now we are entering the adult age, where we have become aware that digitalisation holds a lot of benefits, but also risks. We’ve got a glimpse of both sides of the coin. That’s why I think the coming years will be about digital accountability.”

We meet Dithmer in his office at the Ministry of Industry, Business and Financial Affairs, located near the historic Christiansborg Palace, which serves as the seat of the Danish Parliament. Outside the weather should be bitterly cold given it is mid-February. Still, instead, Danish winter is already beginning to look like spring, with warm rain and spring flowers sprouting everywhere.

We have come a long way in the digitalisation journey

Michael Dithmer is Denmark’s most experienced Permanent Secretary of State. When he started in 1995, neither climate change nor digitalisation was particularly noteworthy. Today, many consider those two to be the critical drivers of change in the coming years. There’s a growing need to change our way of living and consuming, and we must digitise and automate at an accelerated pace if we are to continue to be at the forefront of development.

As far back as the early naughts, Dithmer had a seat at the digitalisation table, working to seize an opportunity that everyone could see coming, but no one knew the full extent of. One of the first consequential tasks was to create a digital key for Danes to use in their contact with the government.

The key was to form the basis for secure digital communication between authorities and citizens. It had not been tried before, and no one had any idea that what they were creating would become the fundamental infrastructure that drastically changed digital life in Denmark, and resonated around the world.

“I have a humble relationship with what we were able to create at the time. We were thinking a lot about giving people real improvements. Something that would be smarter for them. But we couldn’t imagine how big it would be. An example is when we introduced digital bills in the public sector. We hadn’t thought about how much that sector was filling, and then the private sector subsequently realised that they might as well keep up. And now this has since spread to the EU. It’s amazing, but we didn’t think about this then,” Dithmer remembers.

He emphasises that Denmark had an early start to digitalisation within the public sector, and there’s a history of working with large institutions such as banks to encourage their digital expansion. The primary purpose in the early days was to help Danes to jump on the digital bandwagon.

The next round gets complicated

Since then, it has become clear that this active collaboration between the public and private sectors ensured that digital solutions spread widely and quickly. However, Dithmer believes the next phase of digitalisation will be more difficult.

“We are now seeing many areas that require attention, such as what your data are used for or what rights you have in the digital world. It is also a focus of the Ministry of Industry, Business and Financial Affairs, to look at how to design data rules and how we handle the major platforms that are currently in China or the US. In the next few years, we will see a stronger framework around all that, led by the EU,” he says, but also points out that dialogue with the network’s giant companies can produce results:

“For example, we made an agreement with Airbnb on reporting to SKAT (the tax authority of Denmark). Many people said that we would not be able to get it – but we got it. Being accepted and not feeling unwelcome means something to these companies. That’s why we can go a long way with dialogue, especially when many countries in the EU demand said dialogue.”

Over the past 20 years, Michael Dithmer has been involved in countless digital projects, ranging from the Digital Task Force, whose purpose was to push harder for digitalisation, to Digital Hub Denmark, which aims to be the global hub for Danish tech companies. Therefore, he sees the potential for Digital Hub Denmark to become a showcase for the many Danish digital companies and solutions in both the public and private sectors.

While it is almost mandatory for the private sector to make mistakes, adjust, become wiser and try again, there has always been a critical focus on failed public sector IT projects where tax dollars are at stake. However, Dithmer underscores that mistakes can’t be avoided.

“There have been instances within the government where one has to admit that things did not go as well as we had hoped, or even went wrong. The takeaway is that we have probably been too inclined to say that our IT systems must fit into our way of thinking. Historically, we have not been good enough to demand simple systems, and there has also been a belief that we could get IT systems up and running very quickly. This is why we have worked at a fast pace to adapt organisations to a system that ended up being very delayed,” he says.

Dithmer expects the future to bring continued significant technological changes to the way we do business, and that we will no longer consider robots and automation as tools that augment working life, but as elements that will change the game completely.

“We have reaped the rewards of the first big round, but now we will experience a higher degree of digitalisation of actual work functions using robots and artificial intelligence. We can see that markets such as the US and China are accelerating and that we in Europe are a little behind. We have to be cautious of thinking that we will be at the head of the pack going forward, just because we were historical. We have to take up the mantle.”

Michael Ditmer sits on several boards and committees and is the Vice Chairman of Digital Hub Denmark.