Born in the Danish minority in the north of Germany, trained as an anthropologist but working to open new markets in tech, Wienke Reimer holds a very personal view of the startup scene. Her anthropological knowledge lets her perceive tech from a whole new perspective that she today uses at her job in the Danish edtech feedbackbox. 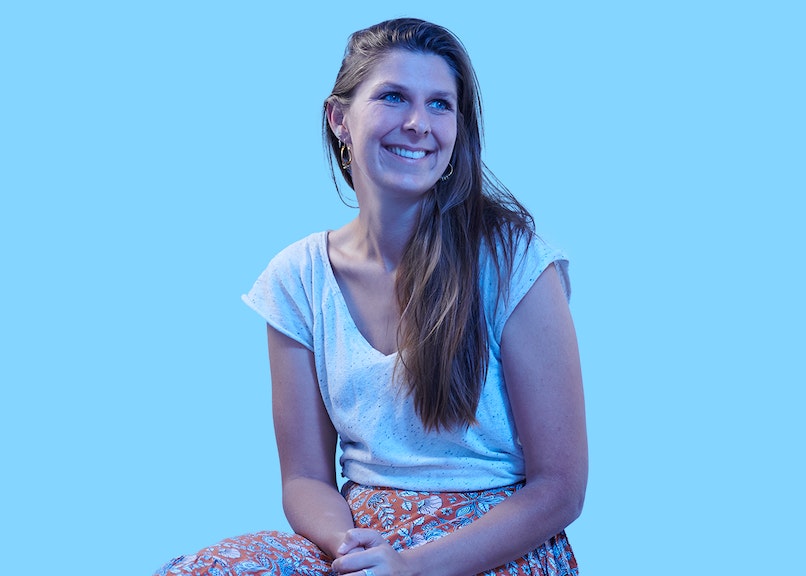 “I grew up in a multilingual and multicultural environment in Germany, in the Southern Schleswig as part of the local Danish minority. I moved to Denmark to study Anthropology because of its focus on getting to know and live in different cultures and languages. I then moved to Berlin and worked in NGOs to build educational programs for the youth in Europe.”

“My way into the Danish tech scene was through a research project that needed trilingual translations. The topic was entirely different from what I was used to and it included robotics and the ethical development of the industry 4.0. I was able to contribute through my bicultural background and my understanding of the German industry and its tradition to work together with its employees. Robotics is a very exciting and fun field - I feel like it’s almost like an adult Lego, but an ethical perspective is needed, since it also shapes the future.”

“Today I work as a Community Manager at feedbackbox, a Danish EdTech startup. We are creating a closer relationship between students and teachers with a tool that makes it easier and faster to ask for and give feedback. The team is very diverse and we have backgrounds from Denmark, Lithuania, Germany and even Thailand. What brings us together is an open, experimental and playful mindset and the belief that we can contribute to making a better world. While at it we are still building a product with a business model.”

“My greatest advice for whoever wants to work in Denmark is to volunteer. It's by volunteering, that you get to know people to support and help you, and that you are creating a stable base outside of your own job. As a Roskilde Music Festival volunteer you can have fun and create a greater value by coming together and donating money for people in need. For me, that’s one of the outstanding aspects of the Danish culture.”

The importance of an anthropological perspective

“I believe that all startups should hire anthropologists because we see things which others don't see. I can translate the needs of a customer into software developers' thoughts, and I’m used to being very reflective about society and politics.”

“I started at feedbackbox as a translator, but my understanding of German politics and the debate on digitalization became key in helping us on this market. On one side, schools requesting to try the product were asking for authorities approval. On the other hand one needs to remember that each nation, country and region has their own culture - and the relationship with tech in Germany is different from Denmark. For instance, this market is much more attentive to how a startup articulates deep GDPR compliance to create better data security in the education sector.”

“Anthropologists and sociologists have a common goal of understanding the world and its cultures instead of judging them. Tech culture is one of them and it is taking up so much space in shaping our future. It is our responsibility to help build a better and more ethical industrial revolution. Humanities academics need to work in Tech!”