Three Danish greentech start-ups show the way forward in how to tackle the problems of waste management and waste reduction using data. 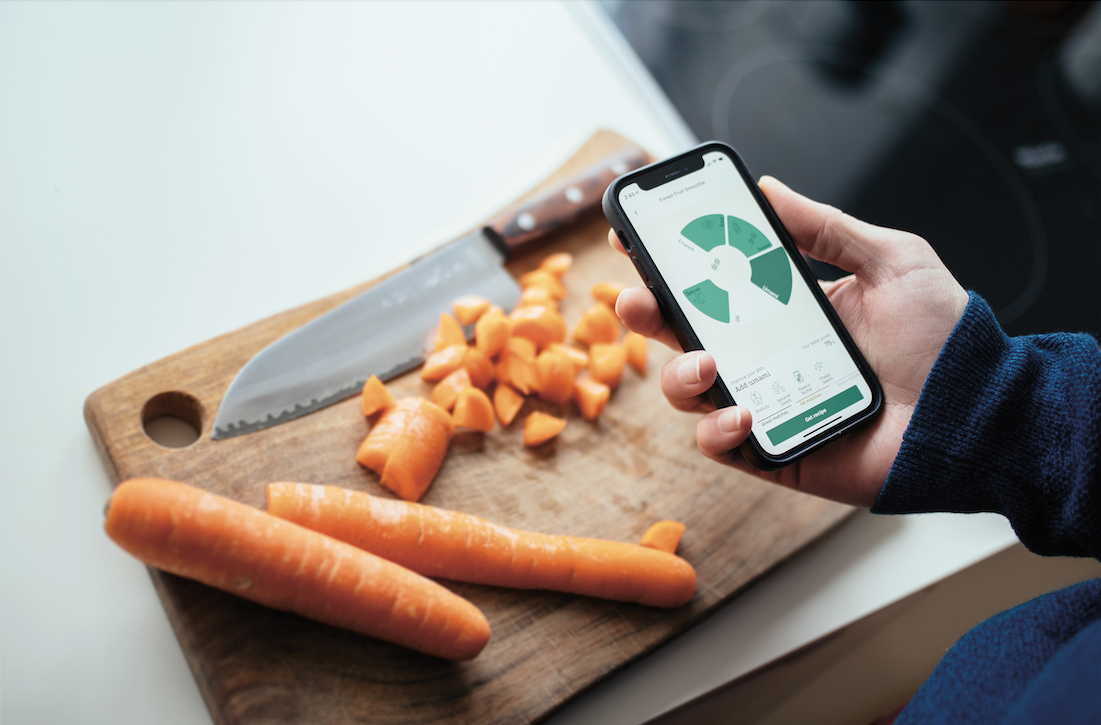 If all the garbage collectors went on strike one day, everyone would immediately recognise that waste management is a critical infrastructure in society. Our waste products would fill their designated containers beyond their capacity confronting us all directly with the hidden cost of consumption. Besides the fact that the objects in the bin have life cycles of their own that generate carbon emissions, the processes that handle them, once you have thrown them out, are also resource-intensive, costly, and a source of carbon emissions.

In 2018, when the Danish municipality of Herning, population 89,000, was looking to further the sustainability of its urban environment, a key area was its handling of waste. The goal was to reduce its economic costs and its carbon emissions, as well as making the city greener and more liveable. Part of meeting this challenge was to integrate state-of-the-art technological solutions to the age-old problem of taking out the trash.

"There is no place in the world that you don't have to transport waste from, and every prognosis shows that there will only be more waste in the future," says Anders Hinrichs, Lead Product Engineer of WasteHero, the startup that Herning municipality turned to for help with their waste handling.

WasteHero is a tech company based in Aarhus, specialising in technological solutions that optimise the infrastructure of waste management. They make use of the internet of things in the form of laser sensors coupled to datahandling backends and userfriendly interfaces for dynamically routing garbage trucks to empty waste containers as they reach capacity.

"There are a lot of heavy-duty CO2-emitting processes involved in the current way of managing waste. Garbage trucks are some of the most carbon-polluting machines. They drive slowly, starting and stopping all the time," says Hinrichs. "We want to move from static collection to dynamic, need-based collection, where you only gather waste when the emptying is effective. This is where you can really impact carbon emissions," he continues.

Herning municipality manages its surrounding towns and rural area. As it developed its solution, Anders Hinrichs would go with the garbage truck drivers as they travelled far from the recycling centres and depots to empty the containers, in order to install the company’s IoT-sensors.

"Sometimes, it takes 25 minutes to get to a giant underground container that is maybe 30% full. So, there is a great deal of wasted driving in this," he says. WasteHero installed 150 sensors in waste containers around Herning, to measure when they were reaching capacity and needed emptying. By using data from these sensors, the municipality could reduce the scheduled emptying of the smart containers by half, reducing the costs related to those specific containers by more than two-thirds. Armed with these insights, the municipality was able to engage with the further optimisation of the overall handling of waste from its 33,000 containers across the city.

The sensors that WasteHero uses to measure the storage load of waste containers works by shooting lasers into 16 points in the bin, forming a three-dimensional grid that makes it possible to calculate the volume of the garbage the bin contains.

"The first wave of waste sensors used ultrasonics. They sent one wave down that caught what was closest. But because we are using laser sensors, we have the possibility of making 16 measurements and get a much more in-depth foundation for our calculation," says Hinrichs. The sensors connect to cellular networks – legacy GSM, narrowband IoT and fourth generation LTE-M (1), as well as the lower band private networks seeing widespread use in smart cities projects.

But the data collected from the sensors is only one part of the WasteHero infrastructure. Its goal is to integrate all parts of the waste management process in its system. "We want to digitise every asset," says Hinrichs. "We can throw in all their containers, their vehicles, their drivers, their service employees, their route planners, all of those, and each of the individual stakeholders has a different interface, depending on their role in the waste stream."

Besides presenting waste data directly in their application interfaces, WasteHero uses it to train algorithms to make predictions of when to make effective collection, as well as optimising routing. WasteHero is currently running pilot projects in 30 different countries and investors have confidence in the viability of its solutions. In December 2020, the startup secured 1.7 million dollars from Circles and Squares, Anorak Ventures, Momenta Ventures and one more undisclosed investor.

A plan where the plants save the planet

Another Danish startup uses technology to tackle the waste problem but from a different angle, before the waste hits the garbage bin and even before it hits your fridge as food.PlantJammer was founded by Michael Haase, who had been working in commodities, consulting and intensive farming solutions when he decided to go 'flexitarian', cutting down on meat in his diet while not going fully vegetarian or vegan. Having previously worked in areas where resource efficiency was key, his reason for the dietary shift was sustainability.

Meat production is one of the key drivers of global warming, especially beef with its eighteenfold carbon footprint per gram of protein compared to grains, as shown by the largest meta-analysis of food system impactstudies to date. Even moderate reductions in meat con- sumption at the population level therefore has a marked impact on the future of the planet.

"One of the things that we have within the circle of control when it comes to sustainability is our eating habits and there are two components to that: one is, can we reduce our food waste? That is a big factor. And the other factor is, can we reduce our consumption?" says Haase. His main challenge in adapting a predominantly plant-based diet, was cooking. When you are used to having meat at the centre of the meal, your cooking skills and repertoire of recipes also revolves around meat. He did find some online resources for recipe ideas but craved a new way of exploring the potential of eating vegetables and decided to build a startup around solving this problem.

"The fundamental premise is to make it delicious to eat sustainably," he says. The solution, which also provided a novel way of reducing food waste, was to create a digital universe where a user can get algorithmic recommendations for recipes to cook. "Our app helps people cook. That is the inspirational part but also the food waste part. You cook with what you have, which makes people better at emptying their fridges and using the ingredients they have in front of them instead of going grocery shopping," says Haase.

To accomplish this, PlantJammer has created an algorithm that predicts which ingredients go well together. This works in the same way as the predictive text suggestions on a smartphone, where an algorithm guesses the probability of the next word in a sentence. PlantJammer algorithm predicts the next ingredient in a recipe, based on what other ingredients are available. The company trained the algorithm by using a training data set of more than three million recipes, gathered from all over the world wide web.

"Then we tag them with what language they are in and what gastronomy they are in, so the artificial intelligence has some labels to use for knowing that now we are in Asia or now we're baking, so it learns more locally," says Haase. To make sure the app does not simply return statistical gibberish, as is the risk with machine learning algorithms, PlantJammer uses human common sense to make sure that the algorithmically generated recipes recommended to its users make sense, both in that they can be followed to create a meal and that the meal will have culinary value.

"We don't believe that the artificial intelligence can come out of the black box and give you a complete recipe. The technology is not there right now. We use the artificial intelligence for what it is good at and that's pattern recognition, like finding matches among ingredients. And then we use chefs and our own food scientists to create a language around it, which is where the users are guided," says Haase.

"We make recipes for companies that take residual products from other industries and make food out of them. For example, Agrain, a Danish startup that takes the mash from beer production, which normally is a residue that just gets thrown out. Instead they make flour out of it and then they have to educate and inspire their consumers to create food with that flour. It has different properties, so they need some guidance. That is where we use our technology to find recipes," says Haase. In July 2020, PlantJammer received a €4 million investment from Miele Ventures, Dr Oetker, and the Danish venture capital fund Vækstfonden.

Just say no to drug waste

Claus Møldrup used to be a professor of social pharmacy at the University of Copenhagen but he left his career in academic research, working with medical patients, to found DrugStars, a startup designed to help patients take their medicines and optimise their treatment through behaviour change.

"I've always worked with patients in the pharmaceutical field and when I quit to do this, it was to create better healthcare on the basis of the data residing with the individual patients," he says. Users of the app enter the medications they use and are then reminded to take it at the right times. They also enter details about their use and the effects of the medication, information that DrugStars uses to assist patients towards optimal utility through behaviour modification.

"Helping patients get rid of their medicine was just a straight shot," says Møldrup. He describes the technology behind the app as "more common sense than machine learning". "For example, if a patient answers that they forget to take their medicine, a reply could be to build good habits around taking the medicine around already existing habits. For example, place the medicine next to the coffee machine if you start with a morning coffee or the toothbrush at night, then you remember the medication more easily," he says.

DrugStars uses self-reported data from patients to build incentive structures for them. It gives out virtual "stars" for every action a patient takes around their medication, hence the name DrugStars. Whether for taking their medicine or for giving information about the effects, patients are rewarded with stars as a virtual currency that can only be used for a specific type of transaction: donating to various patient associations, where the company exchanges it with real currency. Its revenue comes from selling the patients' data, anonymised and aggregated, to the pharma industry, while at the same time making it available freely to the patients themselves.

"We've done this for three years and have so far donated €450,000 to the 240 patient associations, that we work with," says Claus Møldrup. DrugStars uses the same behavioural incentives to help patients get rid of their leftover medicines. When a patient hands in their medicine at the pharmacy, they can take a picture of the bag and get stars as a reward.

A small country like Denmark produces around 8,000 tons of waste medicine and medical packaging in a year, according to the Stop Waste Medicine Alliance, and that is only medications that are disposed of correctly. When you hand in leftover medications to the pharmacy they are treated as chemical waste and not ordinary household waste as it would be if it was thrown in the bin or, even worse, thrown in the toilet. DrugStars has created its own campaign website to raise awareness of the correct handling of waste medicines.

(1) LTE-M is a type of low power wide area network (LPWAN) radio technology standard developed by 3GPP to enable a wide range of cellu- lar devices and services (specifically, for machine-to-machine and Internet of Things applications).