At Danish universities, you learn how to learn. Universities provide students with unique Danish competencies in creativity and imagination, which under optimal conditions become internationally sought after by startups. The software company Trifork has developed its model for retaining talent and developing new successful companies. 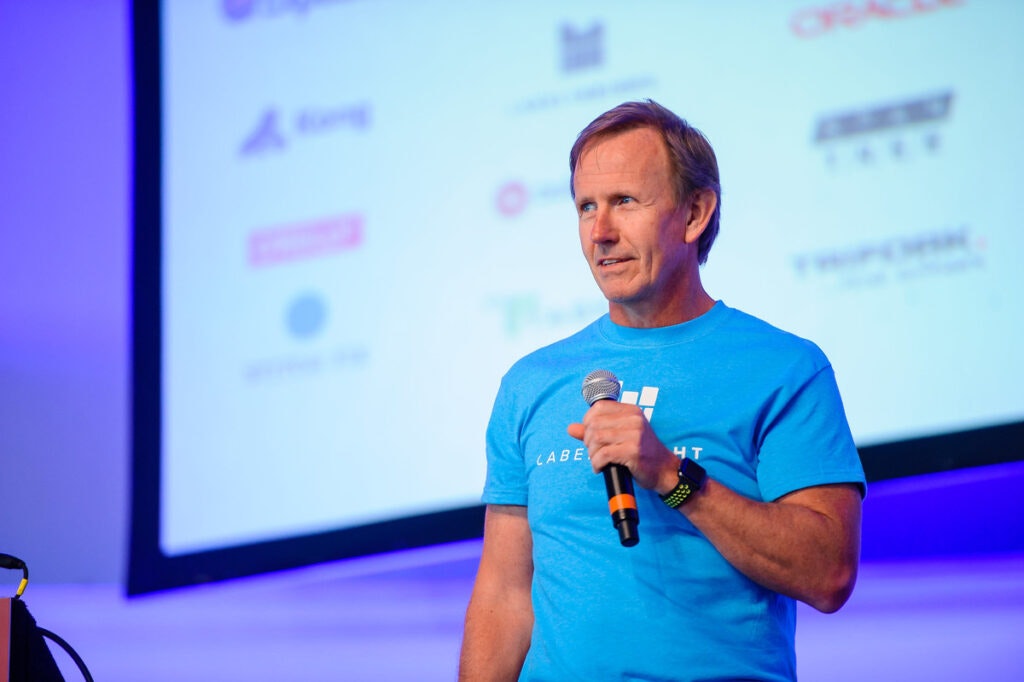 More than twenty years ago in the small town of Øster Hurup, located south-east of Aalborg, Jørn Larsen founded the software company Trifork.

Since then the company has relocated to Aalborg, and later on to Aarhus. Today, its presence in Denmark includes offices in Esbjerg in Western Jutland, Aarhus and Copenhagen. This wasn’t due to the need to attract tech talent to the company, the founder says. But rather because the company has always had a philosophy of sourcing talent locally.

If the right employee wants to live in Esbjerg, he or she will establish a branch there. This is how the company has operated since the very beginning. As a telling example, Mallorca currently houses one of Trifork’s fruitful offices in Europe. There, you find plenty of talented tech people with rich experience from the travel industry, who prefer to live in the sunny warm climate of the Mediterranean.

Talent can be found locally

We meet the founder and CEO of Trifork, Jørn Larsen, in the wake of the big software developer conference, GOTO Copenhagen, an event that Trifork is organising. Finding tech talent was a hot topic at the meeting. While others say that tech talent is hard to come by, Jørn Larsen disagrees. If you work for Trifork, you don’t have to go to Denmark unless you want to.

The ability to work where you want has made the fight for talent considerably easier for the Danish company, which today has branches in the Netherlands, Germany, USA, Hungary, Poland, Spain, Sweden, the UK and of course, Denmark.

“Sometimes a new office is created, such as in Esbjerg where the department was started by a local young man. We hire locally, and then the staff work with local customers in the area. Customers are often multinational, with their departments all around,” says Jørn Larsen.

If employees are happy to stay in their local environment, they are often more loyal than employees who relocate to Silicon Valley for work, Jørn Larsen estimates.

The tech industry, there is a tendency for frequent job shifts. Jørn Larsen wants to promote the opposite by letting his employees work in a location of their choice.

Talented programmers begin to shine already in their teenage years. Jensen believes that the earlier you learn to programme, the better you become, stating that once a student has started university, the time to learn and shine in programming has passed.

“The number of software developers in the world doubles roughly every five years. Hiring isn’t the challenge, but rather, finding and attracting programming talent who have been consumed by programming since their early years. Programming and IT are creative subjects, and just like artists, the best ones start early,” says Jørn Larsen.

Innovation in your Lab

Trifork has developed its approach when it comes to developing new talent, sourcing innovation, and identifying new growth comets.

Like most other companies that have a research and development department, 10-20 per cent of the company’s profits are allocated to R&D. However, Jørn Larsen believes that this is not enough to ensure a steady flow of new ideas and products.

That’s why Trifork has developed Trifork Labs, where ideas turn into startups and viable growth companies.

“In an organisation like ours, good new ideas are constantly emerging. They need to be supported, but not within Trifork itself. They need an environment which is conducive to growth, or you risk smothering their potential. In Trifork Labs, companies are given their own identity, premises and employees from their inception. We work closely with them, and we typically participate in the initial early funding, so they get fuel to fly on. But already within the first year, external funding is raised from professional venture companies,” says Jørn Larsen.

He has gradually been involved with many innovative growth companies, and many have a high degree of Danish culture.

“Most of our Lab’s companies have significant Danish ties, having started in Denmark with Danish employees. But many are quickly moving on to London or Silicon Valley. In those locations there is a crucial for startups and entrepreneurship that we do not find in Denmark,” says Jørn Larsen, adding:

“The Danish innovation method, especially Danish talents, are sought after in around the world, as well as in Silicon Valley, where many Danish engineers have made careers. Danish culture, freedom and creativity result in innovative solutions. In Denmark, students learn to learn, and in a world where the skills you learn at university are obsolete before you graduate, it’s crucial to the ability to learn new and think creatively”.