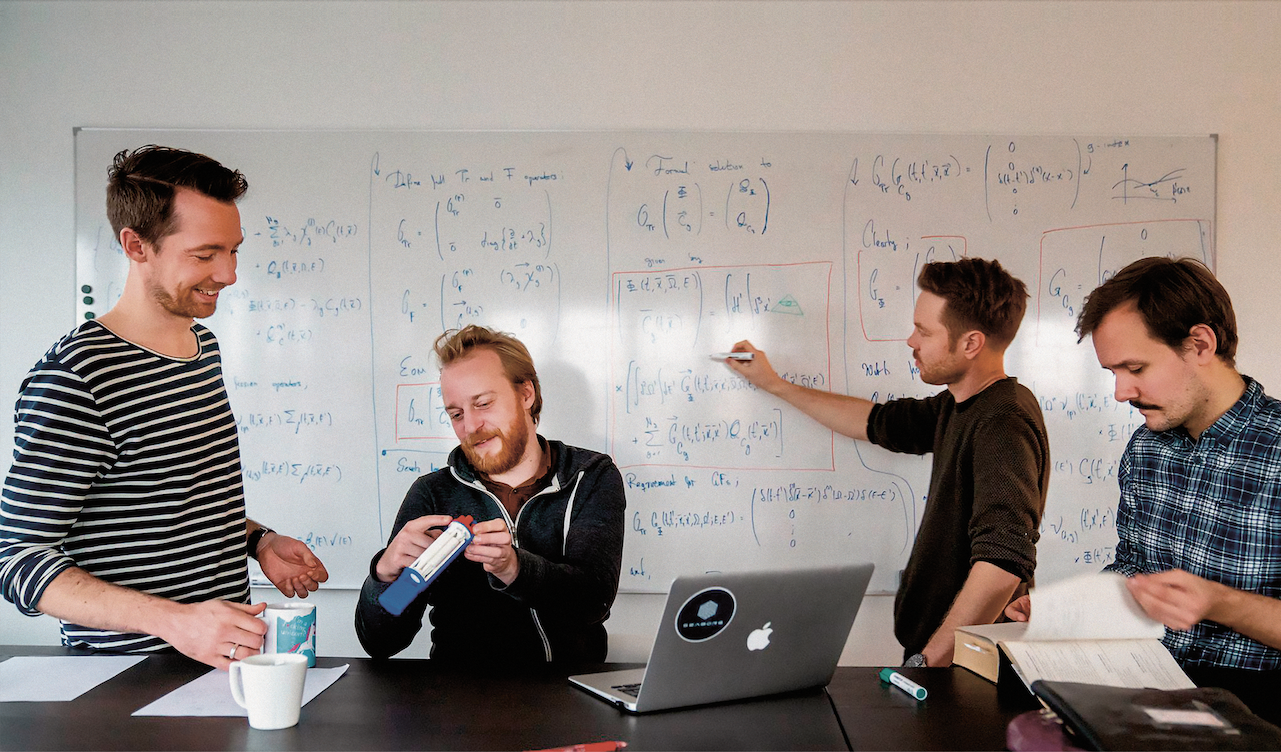 Climate change does not respect national borders. This truism carries another related message. If the problems are global, we cannot limit ourselves to creating local solutions. What works at home, under the serene Nordic lights, will not necessarily work for other countries, with different economies, regulatory frameworks, culture, geography and climate.

This is partly the story of Seaborg Technologies. Founded in 2014, it has spent the better part of seven years building a sustainable energy solution that is unlikely ever to be implemented in Denmark. And that’s the point. It was designed for regions troubled by a specific dilemma.

Those are the regions, for example in South East Asia, that experience a rapid rise in energy demand, while currently having no realistic alternative to fossil-fuel-based energy. Renewable energy sources like wind and solar power are hard to sustain when you have monsoon rains for three months every year, when you have too few rivers to establish hydropower at sufficient levels and when your population density makes the region ill-suited for biomass burning. In all these cases, what makes the most sense is to go down a different path: nuclear energy.

"We were tired of seeing that many of the technologies we already have, and that we know as a fact must be part of the solution-mix, like nuclear power, are not seriously considered," says Troels Schönfeldt, thinking back to the early motivations for starting Seaborg Technologies. He elaborates, "We hadn’t expected to get this far. We just wanted to show that something could be done here, and we hoped to create a more nuanced public debate". In fact, Schönfeldt and his co-founders were mostly eyeing the chance of being picked up by incumbents in the energy field, so they could help them develop nuclear power solutions.

That did not happen. Fast forward some years and Seaborg Technologies has now grown from three physicists brewing beer and discussing existential threats, to a fastly expanding company employing over forty nuclear engineers, physicists, chemists, safety experts and business developers. Its growth trajectory continues upwards, not least due to ambitious partnerships with South Korean companies with which Seaborg can deliver 7500 reactors by 2040. Add to that a recent investment from the Heartland holding company, the latest incoming capital, adding to early-stage investments from the founders of six Danish unicorns, amongst others.

Before you write off the idea of modern nuclear power, perhaps because of disastrous events in the past, spend a few moments learning more about the next generation of nuclear power plants that are currently being developed. Remarkably, at least to most laymen, experts agree that these reactors are much safer, reduce waste, are smaller and cheaper, cannot melt down, explode or be applied to the development of nuclear weapons, and emit zero greenhouse gases.

It is important to keep sight of the bigger picture. Global energy is increasingly based around electricity, which means the key to making energy systems clean is to transform the electricity sector from the largest producer of CO2 emissions into a low-carbon sector, especially in areas like transport, heating and industry. And while many experts agree that renewables will continue to lead this transition, nuclear power has a necessary and vital role to play.

One reason for this is the short time we are afforded to make such changes. To achieve a trajectory consistent with the international climate goals,the expansion of clean electricity needs to be three times faster than at present. According to the International Energy Association (IEA), it will require 85% of global electricity to come from clean sources by 2040, compared to just 36% today. That means it would also need an 80% increase in global nuclear power production by 2040.

Impact in the form of a small mobile reactor

The idea behind the Seaborg solution is to build and distribute a new type of nuclear reactor, a compact molten salt reactor (CMSR), which differs from existing technologies. Instead of running on uranium or plutonium in solid form, like traditional nuclear power plants, the radioactive material is chemically bound in a liquid salt, which can solidify and doesn’t emit radioactive gases.

These reactors are much simpler to design and build than their traditional ancestors, and will be both smaller and cheaper to produce. In practice they can be built remotely, shipped around the world in 20-foot containers, set up on large marine vessels in harbours where they are plugged into the local energy grid. The total resource consumption of the CMSR is also extremely low, making it one of the world's most sustainable sources of energy. And compared to conventional nuclear power sources this small, compact reactor has a relatively low use of resources (below one-third) and is designed to reuse many waste outputs.

The idea is to supply regions of the world that do not have the possibility to transition their energy system to renewables. Beyond this, Seaborg’s reactor and nuclear power can complement variable renewables like wind and solar because it is more stable and not dependent on weather conditions. Small modular reactors, like the CMSR, can produce energy wherever and whenever it is needed.

Battling the ghosts of yesterday. Learning for tomorrow

"We still experience quite some friction because we say nuclear," Schönfeldt comments, when asked what barriers they have had to overcome. He explains that the very phrase "nuclear power" becomes a significant barrier, and although they could certainly tone this down and instead talk about all the spin-off possibilities from this technology, with which business-minded people are eager to get on board, they choose not to.

"It will defocus us," he says. "Nuclear power is an unavoidable part of the solution. If we don’t even dare say the word or talk about it, then we simply won’t solve the climate crisis." Pressed on the matter, Schönfeldt says that to be fair, things are slowly changing. Tracking back five years there were no politicians who were positive towards nuclear energy solutions, and then something happened. The United Nations Climate Panel, IPCC, came out and proclaimed that there is no sustainable energy scenario that does not include nuclear power. That had an immense impact, and today Danish politicians are also shifting from being "blind adversaries, to at least recognising this as an option," as Schönfeldt puts it.

Another thing that the team at Seaborg Technologies have had to confront is what Schönfeldt terms "an aversion towards being visionary in the moment", something that he thinks is especially present in a Danish context. Nobody wants to take risky bets, but many seem to forget how Denmark came to be a world leader in wind energy. And as Schønfeldt concludes, if the green transition is the biggest challenge humanity has had to face, it is not going to be easy. "So, we need investments in research and high-risk innovation projects."

That being said, the upside is that Denmark boasts ambitious and game-changing innovations, many of which could have an immense impact, if they are given the right support. And asked to produce some personal advice to innovators and entrepreneurs, Schönfeldt is adamant: "Do it, do it, do it – the point about climate change is that we all have to do our part and try. We will not get there without trying."