Software engineer at Pleo, Zoey Zou, encourages tech talent from outside of Denmark to speak out and share their struggles and experiences when joining the tech community in a new country. Treating the emotional rollercoaster, that is moving to a new country, as a taboo subject makes it even more challenging to accelerate your career, she concedes, when looking back at her first years in Denmark. 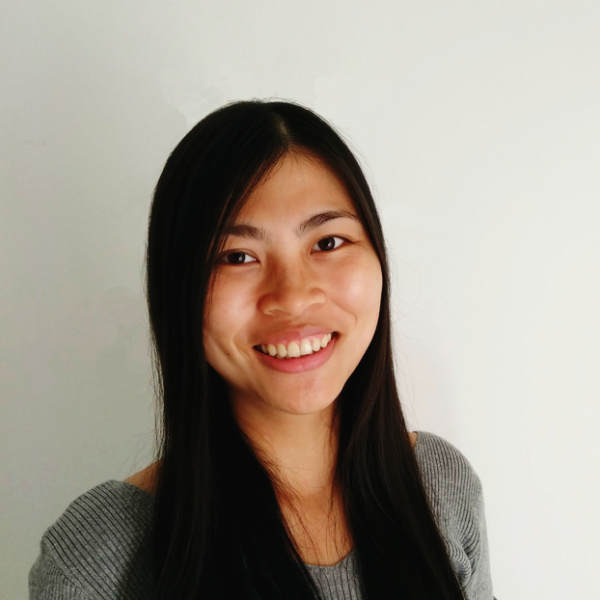 “The most important thing for newcomers to a country and industry is the need to always balance your emotions.”

So sounds the advice given by Zoey Zou, a self-taught coder working today as a software engineer at Pleo. She came to Denmark from China a year and a half ago when her partner got a job in Denmark. In other words, she did not actively choose to live and work in Denmark.

Presented with this circumstance, she challenged herself both with gaining a foothold in a new country and by her determination to get a career within coding without having any formal education in the field.

“Learning new skills, like coding, is arduous work. But I have a lot of stamina and spent ten hours per day going through tutorials and reading blogs and experimenting with coding,” she remembers. But the hardest part by far was to learn new skills while also moving in a new terrain, as the Danish tech-ecosystem was to me when I first came here,” says Zoey Zou.

We meet her right after her talk on stage at this year’s TechBBQ at Øksnehallen, in the heart of Copenhagen. Here she agreed to share some tips and tricks on gaining a foothold in Denmark as a tech talent from abroad.

Speaking candidly about her own experiences, she outlined the challenges of being a newcomer to the Danish tech ecosystem as she does not wish for others to fall into the same traps she did.

“I had to build up new social relationships, so I spent a lot of time joining community events. But everyone seemed to have 4-7 years of experience in their field and were constantly bumping into friends to share their experiences with.

“I was a newcomer. I knew nobody, and it’s pretty scary to be exploring new terrain every day. Besides the hard effort on the skills side, I also had a lot of emotional fighting throughout the journey. Every day, my mood was like the Danish weather. It turned from sunny to cloudy to rain in one day.”

She wants her story to inspire others and suggests that when moving to a new country as an expat in tech, it’s important to not dwell on feeling isolated as an outsider.

“It took so much energy from me.”

On the other hand she had nothing to lose, having left her home country and her former career path, so she refused to give up. But looking back with the benefit of hindsight, she would have advised herself to make peace with herself earlier.

“The whole emotional side is a huge taboo. But everyone goes through it. If I were to mentor the earlier me I would be frank about my struggles so the frightened me could learn and get inspired,” says Zoey Zou.

Today she is very active in sharing her story at CopenhagenJS Meetup and HackYourFuture. The latter is an NGO helping refugees and asylum seekers learn coding.

Set your own milestones

One of the traps that she fell into and that she wants to help others avoid was continually comparing herself to the people she met at community events.

“When you are entering a new community, you tend to think about others and how they seem to be enjoying their life so much and are so successful. I always seemed to be the worst in the crowd. But I decided to change my perspective and not compare to anyone other than myself. Then suddenly I could see the milestones I had already met and that I actually had improved and moved forward.”

Zoey Zou also advises people from outside the tech community that want a career in tech to seek an internship. That’s an excellent way to get experience and a network. Working on your own to get a foot in the door is a lonely road, she remembers.

“I did not want money as an intern, as I was consuming resources in my opinion. But I also added value with a fresh perspective coming from outside of Denmark, being new in tech and being a woman who codes. This is still a rare combination.”

After 18 month she is now working full time with Pleo and is still active in the Copenhagen tech expat community.

“There is a huge need for role models and mentorships for newcomers. It is so difficult to both build a new career and be in a new country. And when nobody tell me where to go to get what I want, I just have to find my own way. It was hard for me to find role models to compare with.”