Danish startups are building robots to deliver clear sustainability gains for businesses across sectors and regions. 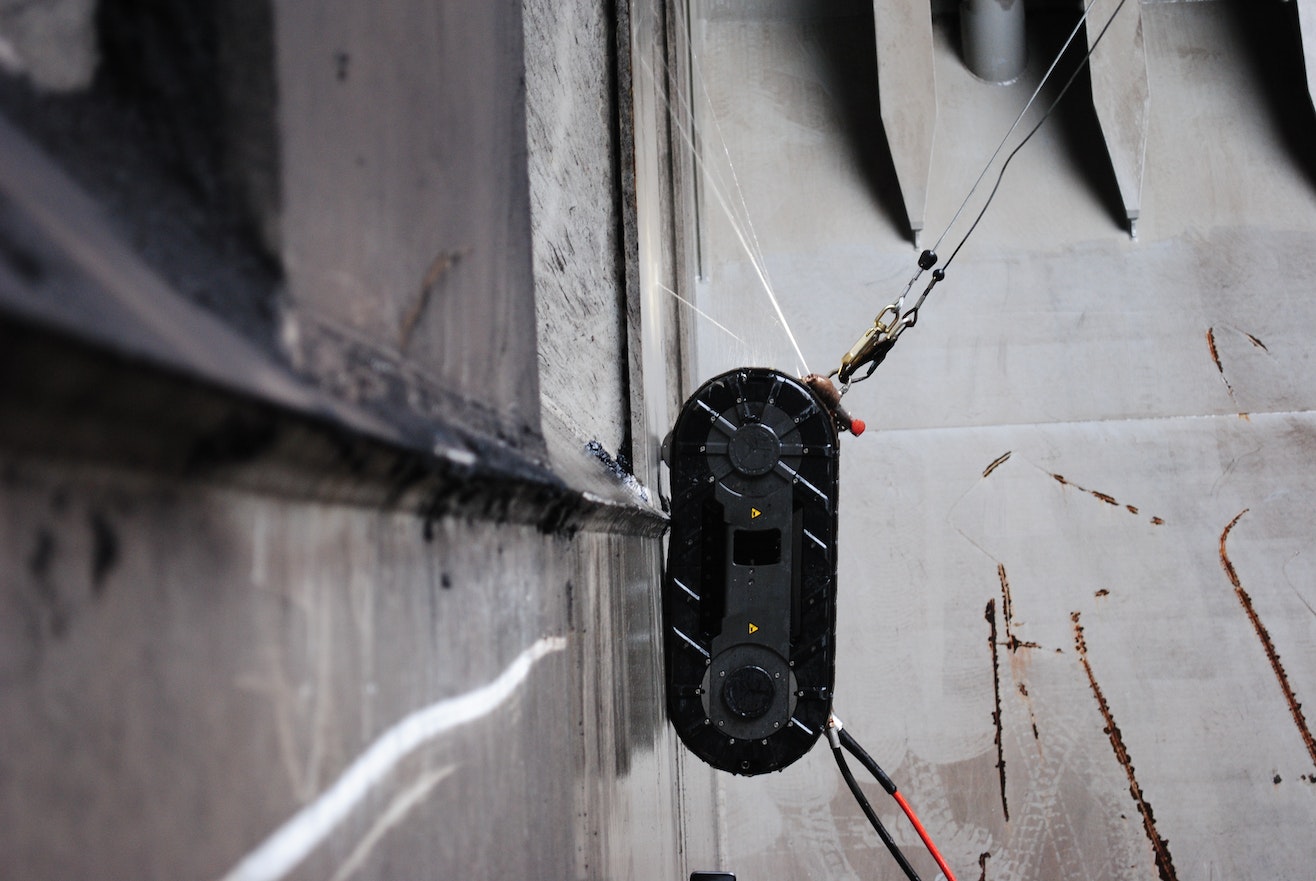 The Danish robot industry is rapidly growing. Even though Denmark entered the game late, it has quickly become a frontrunner in the robotics field. Where other nations such as Sweden and Germany began aligning their robot clusters with the automobile industry in the 1970s, the Danish robot industry started to accelerate more recently in the early 2000s(1). Since then, growth has been overwhelming with the export of industrial robots increasing sixfold from 2014 to 2018 – surpassing heavyweights such as the US, Sweden and Holland.

This rising market is not expected to drop any time soon. Damvad Analytics forecasts a doubling or even trebling of revenue for the robotics and automation industry from 2019-2025(2). The Danish robots are not only for export, however Denmark is one of the leading countries in the world when it comes to the use of robots in industry and has a population with the most positive attitude towards robots in the EU(3).

In February 2020, the Danish government launched Denmark’s first national robot strategy. The strategy stresses the green potential in the use of robots, emphasising that robots can strengthen productivity and competition while also supporting the green transition. Minister of Education and Research, Ane Halsboe-Jørgensen, underlined this potential when speaking at the launch of the strategy: "We must take advantage of the fact that we have one of the world’s leading robot industries and at the same time ensure that it also contributes to the green transition."

ROBOTS CONTRIBUTING TO THE GREEN TRANSITION

The robotic field is a crosscutting industry that contributes to almost all other sectors, with robotic and automated solutions finding their way into farming, shipping, building, healthcare, transport and many other sectors. A recent report from the company Odense Robotics and the University of Southern Denmark identifies four different ways in which robot companies support the green transition. Robot solutions can help reduce energy consumption, resource consumption and pollution, and can contribute to reusing recycled materials(4).

Even though not all robotics companies profile their products as green solutions, most of them contribute to the green transition without even trying. By focusing on optimising energy and resource consumption and the reduction of waste, the surplus on the financial bottom line is also a surplus on the environmental bottom line. Looking forward, Christoffersen expects a rise in demand for robot suppliers to also make clear how their product contributes to the green transition, and he considers the Danish robot companies to be ready to meet this demand.

ROBOTS ARE REPLACING CHEMICALS IN THE SHIPPING INDUSTRY

One robot company ready to take on the green transition is Cliin. It has developed a cleaning robot for cargo holds for the shipping industry. Traditionally, the cleaning of cargo holds is a tedious manual job that involves the use of a lot of chemicals and takes place in a hazardous work environment. Cliin’s robot tackles the three D's of robotisation by replacing dirty, dull, and dangerous work. Instead of having workers do the cleaning hanging from the ceiling or knee-deep in chemical waters, the robot is controlled remotely and does the cleaning faster, cleaner, and without exposing workers to a hazardous work environment.

In short, it is not only the work environment that benefits from the robot; so do the world’s oceans. CEO and co-founder of Cliin, Thomas Jørgensen, explains: "100s of millions of litres of chemicals per year are used on cargo hold cleaning. It ranges from soaps to very powerful acids and alkali bases. All of it is being let out to sea after completion of the cleaning. People do not know this, because they have no idea what is going on these ships. As soon as you are on the open sea, you can dump whatever you want, which is very harmful to our marine life." Jørgensen adds:

"With our underwater hull robotic concept that is currently under development, we can theoretically reduce the world fleet’s CO2 emissions by as much as 15% if our product is going to work. Which is crazy! Those are huge numbers."

THE FUTURE OF GREEN CONSTRUCTION: NEW MATERIALS AND LOCAL ROBOTS

An increased focus on more sustainable materials and recycling has become very popular, and the robots are very good at handling the new building methods that are required. Christensen explains: "There is a fine crossroads between the new sustainable materials that emerge and robot technology. The two go hand in hand to create a much more sustainable building mass in the future." A common denominator in the green potential of robots is the reduction of transport.

Global value and supply chains, where production of parts is scattered around the world, cause a lot of environmental and financial expenses related to transportation. With robots the outsourcing is not geographically determined because the robots are transportable. They can be built where the materials are or where the end customer is, and the different components do not have to be transported, which reduces the total climate impact within the supply chain. Robot at Work, they have developed a robotic solution that can be combined in many ways to do multiple tasks – according to Christensen, much like LEGO building blocks. The solution is primarily targeted at the construction industry, where the technology is applied to develop cutting robots, milling robots and 3D-printing robots.

"Sustainability and climate friendliness have many faces when we talk about our robot, because it can be used for many different solutions," Christensen explains. Recently, Robot at Work has been working on combining the robotic LEGO blocks to make a 3D-printing robot that will be able to print an entire house out of recycled plastic. With 3D-printing, building waste is minimised, and with the use of recycled plastic it is possible to take harmful waste and turn it into something useful. Christensen further explains: "If you have a lot of plastic waste from the world's oceans or elsewhere, in Peru for example. They can have a 3D printer delivered through us and the 3D printer can be set up locally and it is plug and play. This means that they can take the plastic waste they have locally, have it made into plastic granules - it is again part of the machine - and then they can actually print whole houses in full size."

For many companies in the robotics field, the development of a robot from scratch is time-consuming and requires funding. In the case of Cliin, the company sought out a strong testing environment and found Danish shipping companies to collaborate with in the development phase. This proved less of a challenge than first anticipated, because many partners can see a definite upside to Cliin's robot solution in the long run. In fact, Cliin's CEO, Thomas Jørgensen, recommends other startups to focus on getting the right people on board and not to be afraid of relinquishing part of the ownership in the company.

In the end, you cannot carry a company by yourself. Finn Christensen at Robot at Work explains that the main challenge encountered, from idea to marketable product, was the technical development. Drawing from his own experiences, his advice to those who want to innovate in the robot industry is not to develop a robot from scratch. Instead, he points out that when it comes to the potential of widespread robots, a lot of technology has already been developed and tested, and much of it can be further developed to different usages and applied to multiple sectors. The possibilities are numerous, and a lot of basis technology is already in place. It is just about getting started.

PREPARING FOR A GREEN TRANSITION

Danish robot companies are rapidly progressing, and the entrepreneurs have a global outlook. Although many robot companies do not yet brand themselves as greentech companies, most robotic solutions come with a hidden green bonus. There is a vast potential to add environmental sustainability to their value proposition – and go beyond the focus on eliminating dull, dirty, and dangerous work.

(2) Damvad Analytics (2019). Analysis of the Danish robotics industry – A position of strength on the rise.