Data-driven agriculture to help farmers and the environment

A Danish-developed weather station is the starting point for a data-driven product to help farmers use their land optimally. 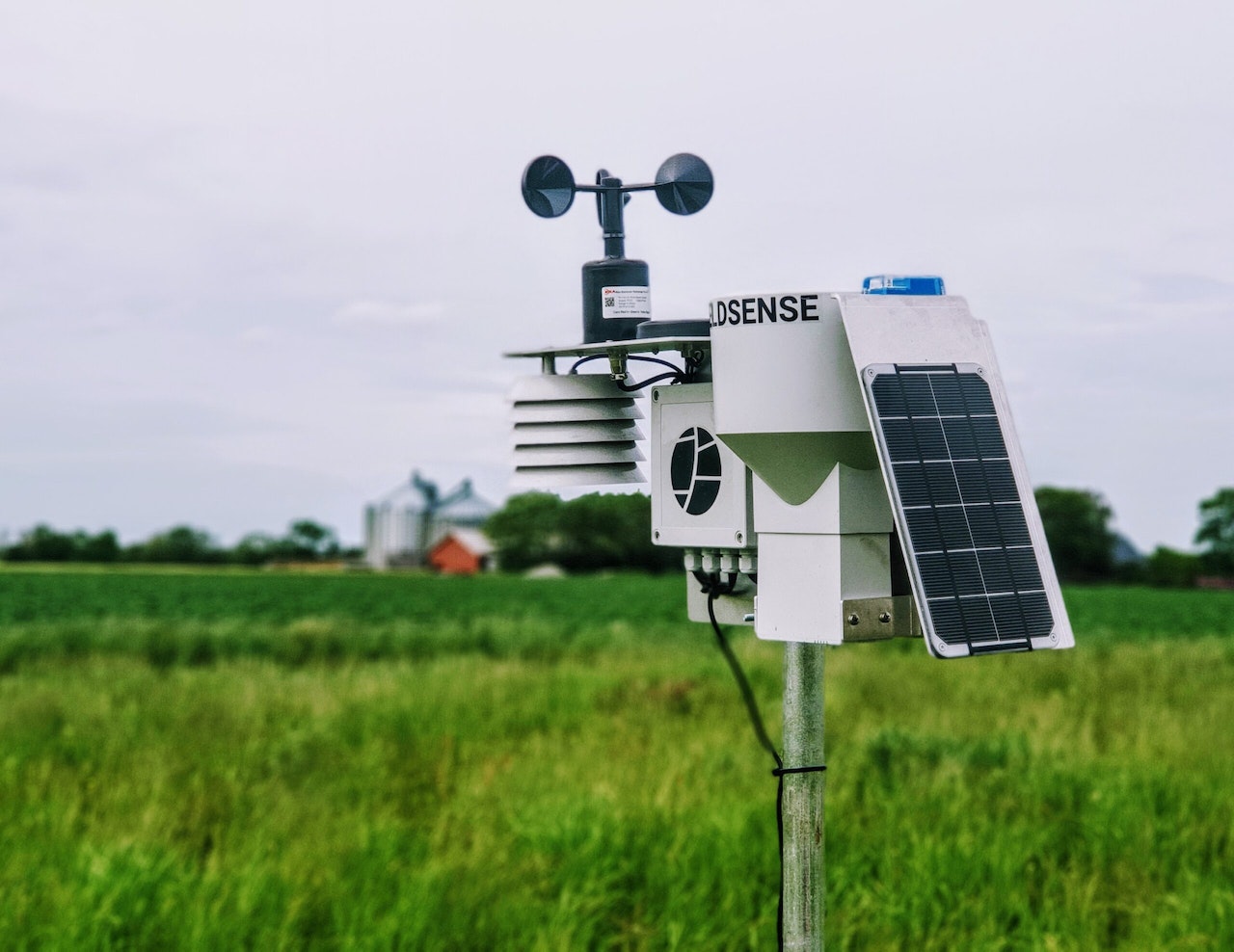 Data is said to be the oil of our time. But data is also the fertilizer of our time which can help farmers in our part of the world to use their land far better – and ultimately achieve a far more climate-friendly production.

These are the big visions at play at the Aarhus-based company Fieldsense, which is behind an advanced weather station for farmers that not only reports on the weather but also proves that the owner has jumped far into the future way of farming.

The weather station is powered by sunlight and communicates through the mobile network to continually update the owner on the current situation. This is data that can differ significantly from traditional weather forecasts, so may offer substantial savings for the farmer.

“We can’t teach the farmer anything about farming – they are top professionals. But we can help by supporting them with data, with information. It’s a supplement that makes it easy for them to save money,” says John Smedegaard, the CEO of Fieldsense.

As an example, he explains that farmers may often be affected rain on a summer’s day when not a single drop of rain was forecast, forcing them to give up plans to harvest that day and take back the combine harvesters. This is an expensive glitch which could be avoided using local data generated by the weather station.

All in all, it measures eight different weather parameters which are sent to the user through an app – and this app then gives a number of tips on when it would be optimal to start the harvest, sow or work to control pests that hatch when the temperature is right, or humidity is ideal.

But this data is just the first step on the road. The company is continuously looking for new data sources for their machines to digest, so that farmers can improve their precision even more, such as through data on local soil conditions.

Data from space, too

Besides the weather station, Fieldsense already offers analyses of satellite images which can be used by farmers to get a better impression of their fields and the state of their crops. This also helps to improve the farm economy.

“Farmers are often accused of being polluters, but people forget that no one sprays pesticides or fertilizer just for the fun of it. It’s among the most expensive things you can do, and farmers are dealing with huge costs for these things. This is where our data comes in because it can help the farmer to make better decisions,” John Smedegaard says.

Although Fieldsense works with phenomena such as machine learning, AI and data and therefore employs a large number of UX professionals and data scientists, a part of the work also involves sending its people out into the fields. Literally.

Gathering rocks in the fields

To better understand the farmer and his work, the tech people will happily spend a whole day with farmers removing rocks from the fields. This also helps them to gather knowledge that can improve their understanding of the data at a bigger-picture level.

“We have a precision tool that helps to scale the amount of fertilizer concerning the growth and in relation to the type of crop grown. Some types of wheat need to have high protein content, which requires a lot of fertilizer. Other types don’t. But there are also decisions to make on how many seeds to spread across a specific area – or on which areas need less fertilizer than others. Data-driven agriculture can bring big wins,” he says.

As John Smedegaard points out, this is not a new phenomenon. In the old days – when there were many small Danish farms, it was common for farmers to know every inch of their fields.

They knew exactly how to grow the land and had an accurate understanding of the weather. This knowledge disappeared with the growing size of farms – and today it would be quite impossible to know your land that well unless you use tools such as data-driven agriculture.

This trend may even accelerate now after the corona crisis forced many countries to close their borders. The farming sector employs a large amount of foreign labour – but these workers are currently staying at home.

“In future, we will see a lot more robot technology in agriculture. We will see robots running in the fields, robots looking after animals. It will be a new revolution which is also spurred by the fact that we don’t have the amount of farm labour that we used to have, but still need to harvest the same land area,” he says.

Fieldsense is constantly working on adding new data sources, such as from combine harvesters which can be used to gather data on the amount of harvesting happening in different areas.