Amos Bastian didn’t think that he was going to follow in his father’s footsteps and become a developer, but after one year into his physics studies, he realised that his passion was within computer science. His passion for programming led him to the successful proptech startup, LifeX, in Copenhagen Denmark, which is helping people feel at home in cities all around Europe by offering them co-living spaces in beautiful surroundings. 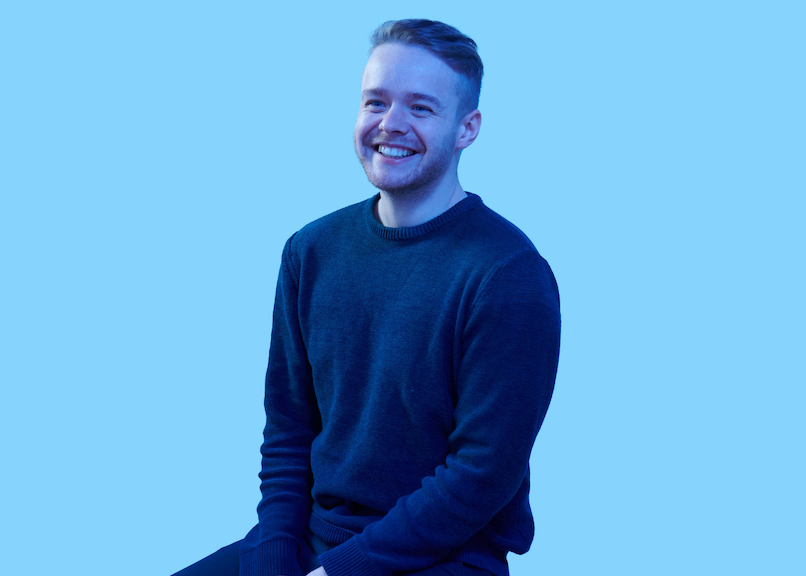 “I had never done computer programming before I started university. Initially, I started studying physics and through that, we had a programming class. Figuring out that I enjoyed problem-solving, riddles, and putting things together in a very particular way, made me realise that I wanted to study computer science rather than physics. My dad has been a programmer, so that world was not new to me, but when I was younger, I didn’t think that I wanted to do the same – I guess I was wrong.”

“At LifeX, I am what you call a Full-stack Developer, which means that I work with both front- and back-end development. This type of holistic approach to development is definitely my favourite, being able to have a broad contact surface with the product, which this type of positions makes possible, is extremely fulfilling. I help out with the internal platform tool we use for contract handlings and so on, together with the website and the app that is accessible for the residents living in the LifeX apartments. The app is how we communicate with the residents, together with how the residents communicate with each other.”

“I am very close to the users of the product, which makes it super easy to get feedback and input for the different solutions I work on. Also, it’s just the greatest feeling to see up close your work being used and appreciated.”

The weather definitely suits me better

“Before coming to Copenhagen, I was working in Portugal for a company doing advertisement. I was only doing front-end development, which was a bit too narrow for me, plus the weather was a bit too hot for my taste. I came to Denmark in August of 2020, and so far, I don’t have anything negative to say about the place whatsoever – the weather definitely also suits me better.”

“The work environment here in Denmark, compared to Portugal, is so much more relaxed. In Portugal, the working hours are quite a bit longer, together with not having the same type of camaraderie in the workplace. Here, we work fewer hours even though it doesn’t mean that we’re less productive or achieve less – I guess we’re more efficient in that sense. But the best is the amazing social bond we have in the office. I’ve never had that before in my workplace on a scale like this. We always have a drink on Fridays after we’re done working and in general do things together outside the office. It has been very special to have good friends where I work.”

Making everything digital is a much better user experience

“Not being able to speak Portuguese was a bit of a hurdle when I worked in Portugal, but there hasn’t been any language barrier for me in Denmark yet. It’s an extremely international crowd here in Copenhagen, and also, Danish people are very good at speaking English in general. I think it surprised me a bit how well everyone speaks English and also how open and welcoming people have been. I wasn’t expecting that to be honest.”

“Another surprising thing has been the governance aspect of moving to Denmark. I remember when I moved to Portugal it was such a long and complicated process to get my papers in order and to top it off, the language barriers didn’t make it any easier. Moving to Copenhagen has been a very different story. The eGovernance initiatives from the Danish government have made my transition to Denmark a lot smoother. Making everything digital is a much better user experience and has made things very straightforward. Getting your social security number, work permit, etc. – all of it has been digital and very intuitive. The only thing has been corona making some appointments a bit more difficult to make, but other than that, very easy.”